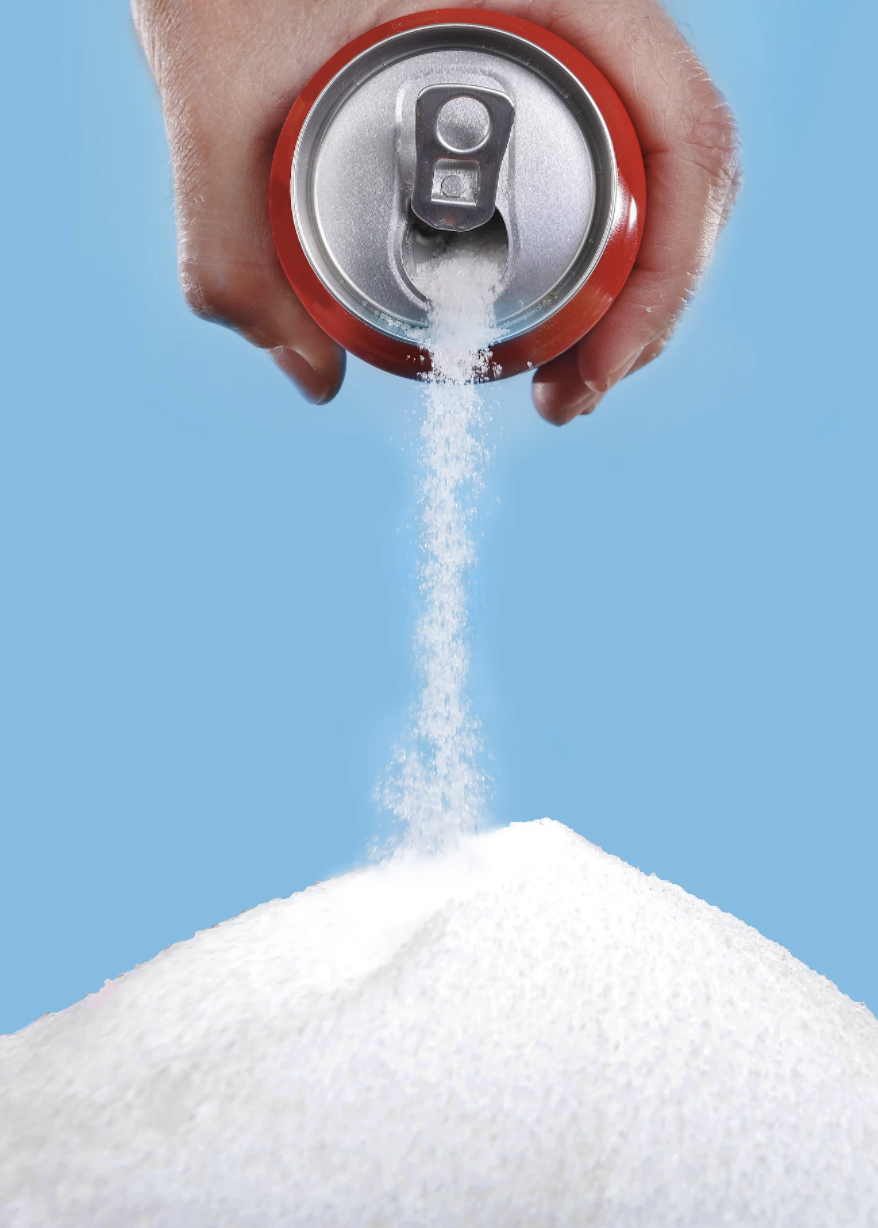 I’m two months short of a journey I began two years ago that was the result of my very, very poor eating habits. How did those bad habits start? Well, they started quite innocently at the age of 12. I can pinpoint it almost exactly to the time when Doritos and Tostitos hit the grocery stores. Previous to that, a treat like a 5 cent chocolate bar was enjoyed once or twice a month. Desserts were all homemade and they were also a rare treat and monitored like a hawk. Meals were made from whole, healthy foods. Our bodies had not yet experienced the effects of an overabundance of salt, sugar, fat, and chemicals that now prevail. Once the junk food hit the house, true healthy eating became a thing of the past. My mom and I would polish off a bag of Tostitos while watching StarTrek and the Young and the Restless every day after school. French fries and ice cream bars became a staple of my high school lunches. I put on an extra 20 pounds between the ages of 12-14.

That was just the beginning of a very long lived bad habit and what I have now learned is really more along the lines of an addiction. That is a really strong word, ADDICTION. I don’t even like saying it. I have prided myself in my lack of vices. I don’t smoke, rarely drink, don’t partake in the effects of drugs. I can’t even take narcotic pain medications without losing the contents of my stomach. My worst pain reliever was Advil and I can’t even take that anymore because of what it does to the lining of the intestines. The reality of it is that all of my unhealthy eating; the chips and dip for breakfast, the oversized Lindt chocolate bars every night after dinner, and the 12 chocolate chip cookies that just had to be eaten; have all participated in stimulating that same part of my brain that a drug would through the release of opioids and dopamine. Let me rephrase that so I can hear myself saying that all over again. Sugar is stimulating my brain the same way that cocaine and other drugs stimulate an addict’s brain. And for those of you that might be disbelievers, I have included books and links in my article for your reference.

The reality is that I have a love/hate relationship with sugar. Every day is a battle and I realize that it is a battle that is going to last my entire life. The more I find out about the effects of sugar on the body, the more I hate what I love. Let me talk a little bit about the science of sugar and the body.

Before we dive in, I would like to throw a few facts out there. Prior to 1980, about 15% of Americans were considered overweight or obese. It is now 55%. Between 1990 and 2010, the number of people diagnosed with type 2 diabetes almost tripled. In that same timeframe, the number of people with metabolic syndrome has increased from 50 million to 68 million. These numbers are shocking. What has changed so much? Eating habits and the type of food that we eat. In 1822, the average individual in the US consumed about 2 teaspoons of sugar a day. Today, the USDA estimates that the average American consumes up to 12 teaspoons of sugar every 7 hours. (Alexander, 2013)

In this article we are going to talk about two of the four types of fat and then focus in on one specifically since it seems to be causing a lot of issues for people today. The first type, white fat is the subcutaneous fat that seems to spread out around our butts, thighs, backs, and arms and acts like more of a storage for energy. Belly fat or visceral fat is a whole other ball game. It surrounds our organs like spray foam. It is toxic and hormone producing and affects the liver, heart, and pancreas. Want to know more about this? Go to Youtube.com, and search visceral fat. The visuals are riveting.

Here is where the science comes into play. Your muscles and your brain rely on glucose for energy. Your body gets its glucose from carbs. Your body uses insulin which is created by the pancreas to move the glucose from your bloodstream to the cells. More glucose means more insulin production. Bad carbs and sugar digest quickly resulting in an increase in the output of insulin. Your body will eventually become insulin resistant with repeated indulgence in carbs and sugar. This means your pancreas is now being overworked because it has to make more insulin to compensate for the resistance. The extra insulin is going to cause your body to store more fat and reduce the amount of fat that is used for energy. If you are not using the stored fat for energy, you are getting hungrier between meals. Here comes the vicious circle. You are now eating more, spiking your insulin, storing more fat and becoming even more insulin resistant.

When you are hungry, your stomach produces a hormone called ghrelin. Your digestive system works to break down the food into glucose which triggers the making of insulin. The release of insulin causes another hormone, leptin, to be released. This hormone curbs your appetite and lets you know it’s time to stop eating. Insulin resistance also wreaks havoc with this process. Your appetite is left unsatisfied and the glucose is more likely to be stored as fat.

That isn’t the worst of it. We haven’t even talked about fructose yet. It is in our table sugar and a key component of high fructose corn syrup or HFCS. Fructose has a direct impact on your liver because only the liver can metabolize it. A diet high in fructose means that fat is going to form in the cells of the liver. It is called nonalchoholic fatty liver disease and it is estimated that 30% of adults suffer from it. The fat also stores in and around the surrounding organs. This fat also plays a role in the resistance to insulin again, causing the pancreas to make even more insulin which leads to more fat storage and the cycle continues along with high blood pressure, high blood sugar, low HDL and high triglycerides. (Alexander, 2013)

“In the early 1980s, high-fructose corn syrup replaced sugar in sodas and other products in part because refined sugar then had the reputation as a generally noxious nutrient. (“Villain in Disguise?” asked a headline in this paper in 1977, before answering in the affirmative.) High-fructose corn syrup was portrayed by the food industry as a healthful alternative, and that’s how the public perceived it. It was also cheaper than sugar, which didn’t hurt its commercial prospects. Now the tide is rolling the other way, and refined sugar is making a commercial comeback as the supposedly healthful alternative to this noxious corn-syrup stuff. But marketing aside, the two sweeteners are effectively identical in their biological effects. “ Taubes, Gary. (April 2, 2011). Is sugar Toxic, Retrieved from http://www.nytimes.com/2011/04/17/magazine/mag-17Sugar-t.html?pagewanted=all&_r=

The Science of sugar does not work in our favor. If we are going to continue to go overboard with our sugar consumption, there is no easy way to avoid the toxic effects to our bodies. There is only one choice and that is to limit the amount of sugar that we consume per day and learn to savor those small amounts. What are those small amounts? Men should limit themselves to 9 tsp of sugar per day; women 6 tsp. There are 4 grams of sugar in every teaspoon of sugar. (Alexander, 2013) Be careful not to consume all of your allotted teaspoons in cookies and candy because fruit and carbs also convert to sugar in your body. The point is to just be aware and limit your sugar consumption and to make sure that the majority of your sugars are coming from fruit and good carbs.

If you are looking for more information on the effects of sugar on the body, there is a great book called The Sugar Smart Diet by Anne Alexander and I found a great little Ted video about the effects of sugar. You can check it out here.
http://ed.ted.com/lessons/how-sugar-affects-the-brain-nicole-avena
Here is another great book if you want to learn more about how the food industry caters to the bliss point, that addictive center of the brain, Salt, Sugar, Fat by Michael Moss.
If you just want to learn how to shop the grocery stores for healthier foods, try Rich Food Poor Food by Jason and Mira Calton.

I have become my own science experiment and I have to say it is the best thing I’ve done for myself ever. It is sometimes amazing to me the level of poor health or illness one has to achieve before they will actually, if ever, decide to make a change. My passion for health and education and the results of this journey have allowed me to share it with many more that are beginning to reap the benefits as well and I hope to be there to help many more.

The science of health

The Ups and the Downs

<!-- End Google Tag Manager (noscript) --
We use cookies to ensure that we give you the best experience on our website. You can opt out here if you wish.OkPrivacy policy