Home » Autoimmune diseases with a focus on Hashimotos
Play Video 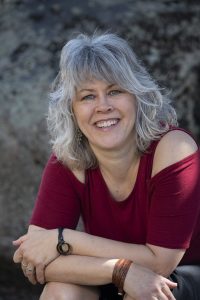 Hashimoto’s Thyroiditis and other Autoimmune Diseases

Why is Autoimmune Disease a Specialty for me?

If that isn’t explanation enough, there is more to say.  Please read further.

I have always been interested in health and I did what I thought was my best.  Although, I will have to say that eating Ruffles and French Onion Dip for breakfast wasn’t a great choice.  I have exercised for most of my life.  I placed the state of my health in the amount of time that I exercised and figured it would overcome every one of those Ruffles that I gladly ate.  In my late 20’s, I did a better job of what I thought was eating healthy by adding more salads and vegetables.  Converted my white bread to wheat bread and thought I was good.

In my mid-thirties I started having serious heart palpitations and fatigue.  I was also having troubles with brain fog although I didn’t really understand it at that time.  I went through several heart evaluations, stress tests, and medications with no resolution.  It progressed into allergy induced asthma, severe bouts of bronchitis, severe coughing attacks that were related to the heart palpitations.  Eventually, 15 years later I ended up in the hospital with a gallbladder attack, whole body yeast infection and hemoglobin so low they were afraid to operate on me for fear of a stroke or heart attack.  At this point I had enough and began the work to turn my health around.  It was still another 2 years before I would get my diagnosis of Hashimoto’s Thyroiditis and it was truly by accident but I was already on my way to healing my body.  The changes I had made had already helped dramatically but it wasn’t enough.  I had goals and it was going to take further work to ensure I wouldn’t end up back in this place ever again.

I don’t share this for sympathy.  Absolutely not.  I share this because someone out there is going to understand what I went through.  And if it is you, you are struggling with similar issues.  Not necessarily the same medical issues but certainly similar struggles with the current medical model.  And you aren’t getting better, in fact, you are getting worse.

As I have figured out all these years later these issues were related.  All created by the same underlying stressors within the body.  Unfortunately, our current medical model didn’t allow the investigation that I needed to get down to the root cause of the issue.  The current medical model provided symptom treatment but that doesn’t solve the underlying problem.  It just masks the issue.  And while the symptoms are being masked, more were brewing under the surface as the dysfunction within my body was getting worse.  And if you have had similar issues, this is very likely your story as well. Even if you have an autoimmune diagnosis, I’m almost positive you aren’t getting the help you really need.

I see the current state of health in this country as a ticking time bomb.  We currently have labels for over 100 different autoimmune diseases.  If you don’t call this an epidemic, I’m not sure what you would call an epidemic. Frankly it pisses me off.   I digress.

One thing that most people with autoimmune disease don’t understand is that there is an opportunity to put them into remission.  Can you ever truly be cured?  No.  Once your body has been triggered, it will always have those triggers.  But, if you can avoid the triggers, you can live your life your life in a much better place than you are right now.

There is no cost for a Vitality Breakthrough Session.  It will give you an opportunity to tell me about some of your health issues, what you would like for your life to look like living healthy, programs that might fit for you, and most important if I’m a good fit for you and vice versa.

Learn More about my programs

Menu
"Working with Tracy, who is never too busy, tired, or inconvenienced to help you find answers, especially when the results don’t line up with theories we held originally. If she doesn’t know, she finds someone who does."
Haley McPherson
"The topics are (sadly) almost universal to most of the women I know. Hopefully as the message of wellness gets sent further into mainstream America, we can prevent these all -too-common scenarios for women across the board! The more people that Tracy can educate, the better we will all be!"
Becky GuyorRegional VP, Arbonne Int'l.
"Tracy, you are a great encourager and made such a difference in my health. I’m feeling so much better than I did before starting.  It also felt good knowing that you really DO know what I’m going through because you have your own struggles with many of the same issues."
Marilyn HowensteinOwner SearchRevolutions
"Since the first time I met Tracy Gowler I knew that she was someone I wanted to be around. Her passion, drive, smarts, and sense of caring is evident in everything she does. If she does not know the answer to a problem, she will search out the answer or creative way to solve the problem. She has a tremendous love for learning new things, and I don't ever see her stopping seeking new knowledge. Tracy has taught me so many things in so many areas of my life, I cannot imagine where I would be health-wise, spiritually, or mentally without her. I am blessed to have met her!"
Leigh Fodor
Tracy's knowledge of nutrition is baffling. She has such an in-depth understanding of how the body works and we trust her completely. We were incredibly overwhelmed at first but she simplified our charts of supplements and tracking sheets so that we understood it. All of her information is so well put together and presented. Though we live live two hours from Tracy, she is only a phone call/email away for our many questions. Tracy has also had lots of helpful hints on recipes and healthy eating made simple. After just a short time, we are both seeing our symptoms ease and our energy increase. We can't wait to see the end results!
John and Coleen Graybill
Previous
Next